Why women must invest differently than men 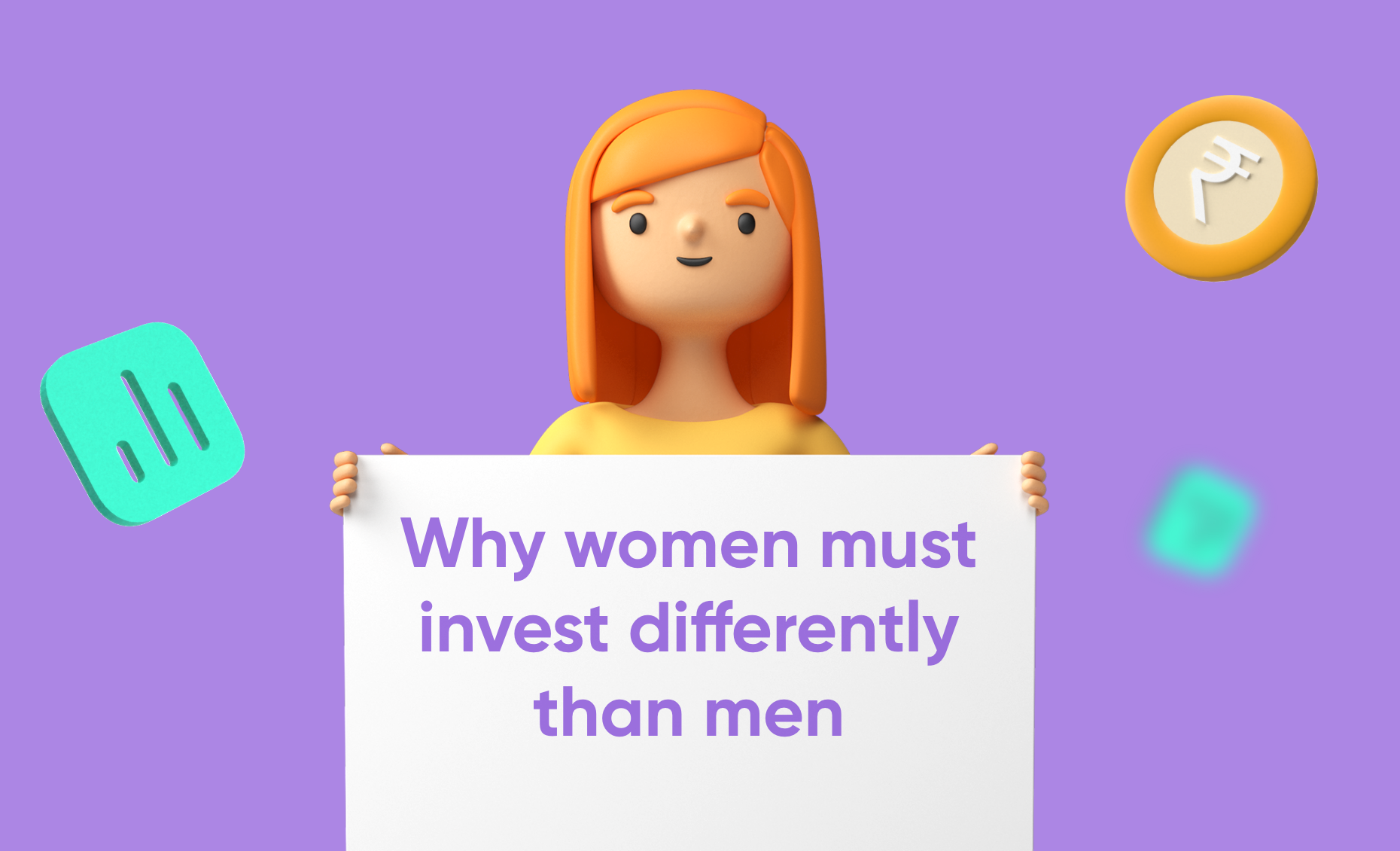 There has always been a very strange stereotype when it comes to women and money… In particular, they are bad at managing it. Surprisingly, in a country where women are primarily designated to run households (which includes accounting, booking-keeping and managing expenses btw), women are still misunderstood as being financially faulty.

Unfortunately stereotypes such as these can be harmful in reinforcing negative perceptions in young women’s minds, creating a lack of confidence when it comes to managing their own finances.

Economic independence for most women relates to a larger liberation which is why the need to invest wisely is even more critical for women.

When it comes to investing, women are considered to be far less aggressive than men. Investing behaviour patterns of women include being risk aware, considering consistent returns over fast money, and investing in long term strategies.

According to an extensive 20 year long study by The Motley Fool, women, however, tend to be less confident about their investing capabilities than men.

But don’t let these statistics dissuade you, the same study also finds that despite earning significantly less than their counterparts, women seem to accumulate more wealth to save better in general towards their financial goals.

Here are some of the factors women might have to account for when it comes to investing, that departs from a man’s investing strategy-

Women generally live longer than men. On an average the Indian woman is 2.7 years older than her male counterpart and far more likely to outlive both her spouse and even some of their offsprings. Women thus have to account for a larger retirement fund to sustain themselves in seniority.

According to a finding by Medanta, cancer impacts more women, in India, than it does men. Coupled with the fact that breast, ovarian and cervical cancers are female specific, a good life and health insurance coverage becomes a vital investment most women would have to consider. Other major medical events such as childbirth can also be something women have to account for in their financial goals.

Be it children's education, the family’s holiday plan, parent’s extravagant diamond jubilee anniversary celebrations or a comfortable retirement, women's financial responsibilities have often revolved around the family’s needs and wants. Women are more likely to contribute and save for big ticket items, which is why they have been observed to accumulate wealth steadily and assume less volatility in their investments.

While most women in the country move out of their parental homes only at marriage, with rapid urbanisation, more millennial women have been moving out seeking opportunities than any other generation. The need to invest for younger women has been heightened to meet this demand of their new financial responsibilities, since simply saving doesn’t cut it anymore.

Between paying extravagantly high for the same commodities men use - women’s razors cost more than men’s razors, so do their undergarments, clothes and shoes - women have to incur higher recurring expenses by virtue of using hygiene products (which are taxed as luxury items in India), and these expenses really add up. While investing, women have to account for their higher expenditures due to these factors.

Women get paid less than men, it's a fact. India ranks 117th on the gender wage gap index and there are many contributing factors such as a skewed up sex ratio, work place harassment, gender discrimination, lack of maternity benefits etc. that have lead to it. Women, thus, have to consider this when saving for their financial futures.

Considering and accounting for factors such as these can help women make stronger and more empowered financial decisions.