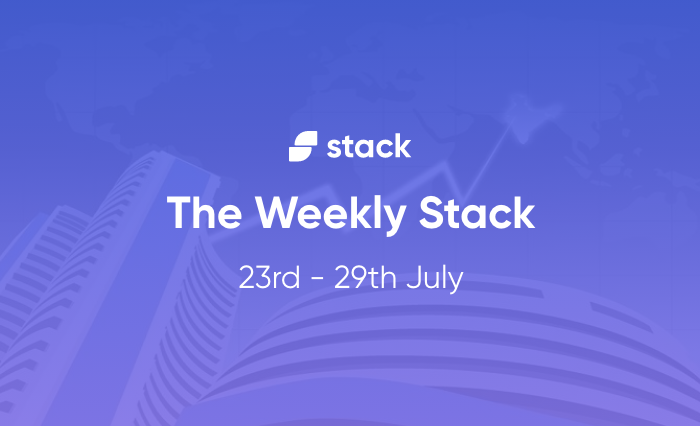 After reaching a lifetime high of 169 per share in mid-November 2021, Zomato shares have been falling precipitously ever since. After the one-year lock-in period for promoters, founders, workers, and others, who make up around 78% of the net paid-up capital of the food chain platform stock, expired in the last two sessions, a significant sell-off was sparked.

Veteran investor Rakesh Jhunjhunwala had foreseen this decline in 2021 and had issued a warning against it about a year prior when the stock was routinely hitting new highs.

Rakesh Jhunjhunwala is found warning Zomato shareholders - "Time will come when excess in the market will correct because excesses in the markets are pro to correction."

Our Opinion: Zomato shares are currently a great case for long-term investors to buy. At a time when Zomato shares are under severe stress with its stock price now running more than 63% lower than its debut price on BSE, the long-term growth prospects of the stock are quite good.

The three largest economies in the world are all showing signs of stagnation, and inflation is higher than expected, according to the International Monetary Fund, which has warned that the world economy may soon be teetering on the verge of recession.

The IMF revised its April World Economic Outlook (WEO) in a pessimistic manner, cutting its growth projections for 2022 and 2023 and raising the possibility of a more dramatic decline.

According to Pierre-Olivier Gourinchas, the economic adviser for the IMF, "the prognosis has dramatically deteriorated since April." Only two years after the previous recession, the world may soon be on the verge of another one.

Our Opinion: For India, the revision reflects mainly less favourable external conditions and more rapid policy tightening. The downgrades for China, the United States, and India are driving the downward revisions to global growth during 2022–23. This reflects the materialisation of downside risks highlighted in the April 2022 World Economic Outlook.

In the week that concluded on Friday, investors made almost a staggering $9 trillion gains as Indian stocks continued their steady ascent. The all-India market capitalization grew from 25,190,063.14 crores on July 15 to 26,106,487.37 crore on Friday, according to figures from the Bombay Stock Exchange as cited by news agency ANI.

According to BSE data, the Indian stock market had its best week ever last week thanks to fresh buying in the banking and information technology sectors as well as the return of foreign capital to the Indian markets after a lengthy absence. For six sessions in a row, the Indian equities markets have seen gains.

As per BSE data, the Indian stock market performed well due to renewed buying in banking and IT stocks along with the return of foreign investments.

Our Opinion: The financial markets will react to the result of the US Fed's monetary policy meeting in the coming week, besides the Q1 earnings of Indian companies.

US Fed raises rate by 75 basis points — first back-to-back hike since the 1980s.

In a sustained effort to fight inflation, the US Federal Reserve stated on Wednesday that interest rates will rise by 75 basis points or 0.75 percent. However, by raising the rates, the US Fed heightened concerns about a recession. Since the 1980s, the US central bank hadn't raised interest rates twice in a row.

The benchmark rate is expected to expire in 2022 at 3.4 percent, which is 1.5 percentage points higher than what individual Fed members predicted in March. Officials from the Fed had also revised down their projection for 2022's GDP growth, from 2.8 percent in March to 1.7 percent.

Our Opinion: In order to combat a spike in inflation and signal a weakening economy, the Fed hiked interest rates by 75 basis points last month, the largest increase in 28 years. Following a government report that showed increased worldwide demand for US crude amid a supply shortage, the price of oil will continue to rise.